What would our world be like without the rule of law? 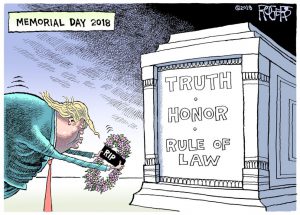 Actually we can already see this in some countries, most recently, our ASEAN neighbour. Instead, the troubled country is ruled by law, created by the military government.

It may seem like mere wordplay but the placement of the key words ‘rule’ and ‘law’ with different prepositions lead to very different concepts. Let us examine the difference between the rule of law, rule by law and law of the ruler.

Rule of Law
The rule of law, according to Dicey, a well-respected English jurist and constitutional theorist, is underpinned by three fundamentals:
i) No one is above the law
ii) No one can be punished for anything except for a breach of the law proven before the courts
iii) The legal principles and rights, created through the process of common law decision making, must be entrenched by the Constitution, the supreme law of the land.

This is the rule of law Singapore subscribes to and scrupulously upholds. In Singapore, no one can act arbitrarily and our laws govern every person and every aspect of society.

Rule By Law
In contrast, the concept of ‘rule by law’ suggests that the governing authority is above the law.  It uses the law to further its own agenda and control those it governs.

Law of The Ruler
Finally, the law of the ruler refers to the absolute power of the ruler in dictating, unilaterally and arbitrarily, what the law is.  We know of these dictators or monarchs.  Adolf Hitler, Mussolini and Kim Jung-Il to name a few.

Why is the rule of law so important in modern society?

It is the measure of success of good governance. It provides clarity, transparency and fairness since it answers to no other except what is written, sanctioned and known to all. When the rule of law thrives in a legal system, not personal power or military strength, a country and her citizens can truly enjoy liberty and stability.  And that is what democracy looks like.

Otherwise, lawlessness and chaos ensues and overnight, an elected political leader can be deposed.

About the Author: Wendy Ong